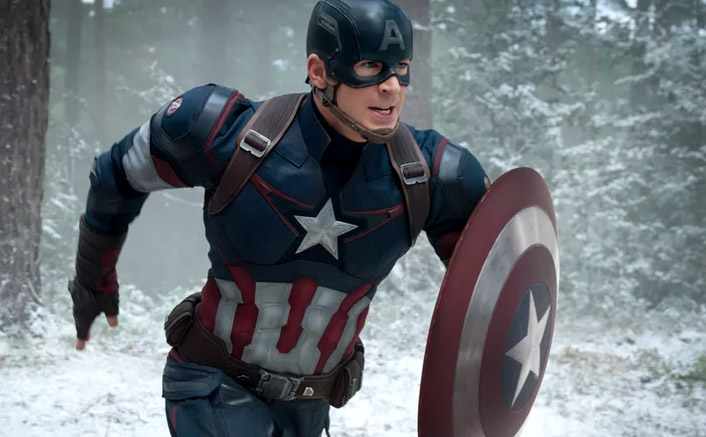 Avengers: Endgame Trivia #93: Another day, another interesting unknown fact! Chris Evans & Captain America fans, this trivia is for you all and it’s interesting even for the non-fans too. Over the years, we’ve seen CapAm playing with the shield in any which he wants.

From thrashing bad guys to landing on it while falling from skyscrapers, Chris Evans’s CapAm and his shield have literally gone through many ‘ups and downs’. But, do you guys know of what material the shield is made in real life?

It’s made of indestructible Vibranium in the film but in reality, it’s made from the materials which are actually present on earth.

Prop master of Captain America: The Winter Soldier, Russell Bobbitt was quoted by NY Daily News saying, “The metal one weighs about 12 pounds. That doesn’t sound like a lot, but at the end of a 12- to 14-hour day, when you’re carrying 12 pounds on one arm, it becomes quite stressful. So we use fibreglass.”

It’s also been said that Chris Evans had a Shield made of hard and soft rubber for safety precarious. This was from preventing the stuntmen from bending their fingers while punching the shield. Also, forty-six Shields were used while filming for Captain America: The Winter Soldier. This was because many of the shields were ironically destroyed while shooting the film.

Russell also adds, “You’d see Chris off in a corner rehearsing with the shield as if it was another actor. You’d see him talking to himself a bit and figuring it out.”